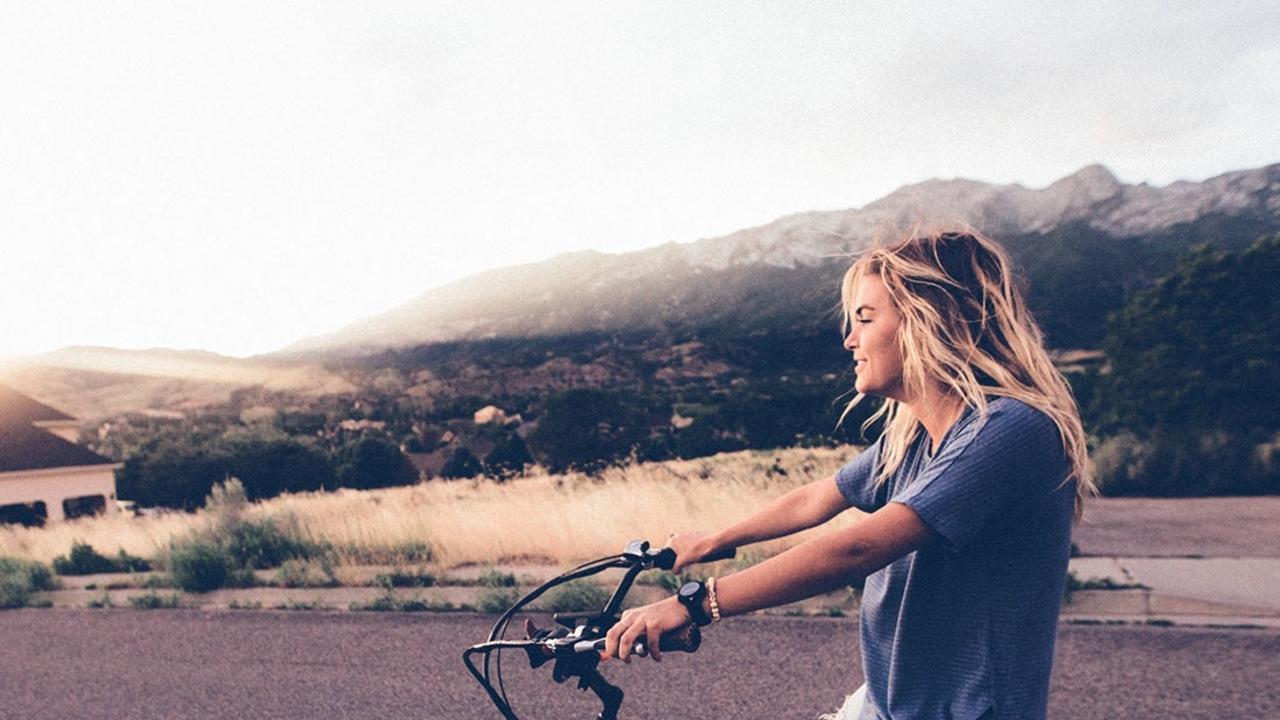 Before I transferred to Franciscan University, I was a freshman at Boston College. My good friend Colin was in seminary next door at St. John’s, and we used to exercise together at BC’s workout facility called the Plex. That was the Jubilee year and a time of deep conversion for me. Colin and I encouraged each other in becoming better men of God in many ways that year. Along with our workouts, one of our most important exercises in virtue also took place at the gym.

The weight lifting area was next to a huge track that encircled the whole Plex. It was immediately clear that the beautiful college girls wearing sports bras and short shorts running around the track were going to present a challenge to our underdeveloped college male brains. We saw these women as beautiful objects running around the track sparking diverted glances, distracting thoughts, and ruining our workout cadence. We realized quickly that for the good of our souls (and bodies) we needed to avoid these Sirens luring us to our spiritual destruction. For the first couple of weeks, if Colin saw someone coming around the track, he would say, “Hey, did they repaint the rafters in here?” Looking up to the ceiling, I would follow his glance to avoid the immanent danger. I would say to him, “I don’t know, but it looks like they changed out the tiles,” directing his attention to the floor as another woman turned the corner.

This worked well for a while and we considered ourselves clever. Soon, though, we started to get neck cramps and found the practice almost as distracting to our workout. We also realized that something wasn’t quite right in the way we were thinking about these women. One day I felt the urge to try something different. As another beautiful woman rounded the corner, I looked straight at her. Then I said, loud enough for Colin to hear, “You are a beautiful woman, may you be as holy as Mary.” His face lit up and we both realized we found our solution.

This experience has stayed with me over the years. Both approaches sought to respect the beauty and dignity of the women as people, recognizing that in our weakness we were objectifying them. However, the second approach was a much more virtuous way of doing it. They were not Sirens but persons made in the image and likeness of God. The second approach led us to see this reality, pray for the women, and consider them in their fullest potential. Although the first approach was necessary for us to begin with, it was possible that we could have hurt the women if they knew we were so weak that we couldn’t look at them without being led into sin. I think this happens a lot in groups of people that are trying to be holy. A woman can’t read a guy’s mind, and if a guy is avoiding her to practice some sort of self-control, she might feel like something is wrong with her. There is nothing wrong with her! While everyone has the responsibility to dress and act modestly for their own dignity’s sake, it is the man’s weakness that causes the man to sin when he looks.

The reality is that our sin hurts other people, but that’s why we have an even greater responsibility to grow through our weakness by practicing virtue. Colin and I needed to figure this out in a two-step process. We were not ready to look straight at the women when we first entered the Plex. We needed to exercise the virtue of continence by avoiding the look altogether. The amazing thing, though, is that by practicing virtue, we actually learned virtue.

I am not pretending here to have reached the end of this process. I am only sharing a significant shift in the way we thought about it. While recognizing the continued effort we still must make, it is important to believe in the power of the Holy Spirit to really change our hearts by the grace that Jesus won for us on the cross.  It was the work of the Holy Spirit that changed our hearts, that inspired the prayer, and that filled us with real love and respect for these women as persons.