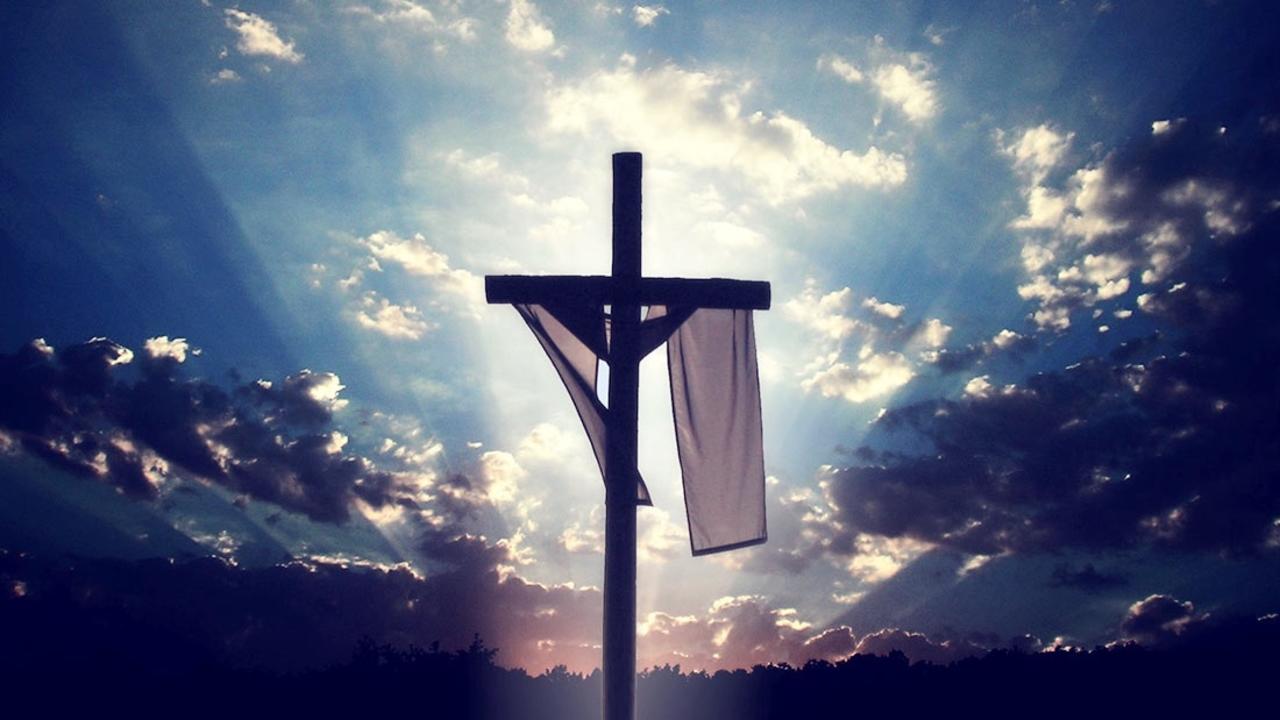 Integrating the field of psychology into a Catholic framework is not an easy task when you consider that the founder of the field (Freud) wrote,

“Much will be gained if we succeed in transforming hysterical misery into common unhappiness.”

Catholicism, however, is concerned with becoming human – fully human – and therefore fully alive! The end of Catholicism is happiness beyond our wildest dreams, not just “common unhappiness.” While this ultimate joy is not experienced until we reach the ultimate end of heaven, the Catholic path to happiness includes great joys and even fulfillment along the way.

Compare Freud to Jeremiah 29:11: “’For I know the plans I have for you,’ declares the Lord, ‘plans to prosper you and not to harm you, plans to give you hope and a future.’”

What gives us this hope that pain and suffering – even death itself – is not the last word? The resurrection of Jesus.

In one of his Easter homilies, Pope Francis encouraged us to “let the risen Jesus into your hearts… even if just a little.” We are all invited, even those who are not close to Jesus or who don’t know him at all, to let the hope of the resurrection find its way into our hearts. This includes even (and maybe especially) those who have experienced trauma in their lives.

Many of my patients have suffered unimaginable traumas. We’ve all heard horror stories, but for many, these stories are more than gruesome documentaries or watered down news briefs that others can turn from. For many, the memories, nightmares, fears, and panic responses are a constant reality.

As unbelievable as individual stories may be, trauma is a very common experience. Everyone has experienced some difficulty in life; almost all of us can look back at certain experiences and wonder how we made it through. If it hasn't happened yet, we can be sure that it will most likely happen in our life time that we will experience something that makes us cry out “Why God?!” or even cry out as Jesus did, “My God, my God, why have you abandoned me?”

The experience of trauma can lead to the diagnosis of Post Traumatic Stress Disorder (PTSD), yet, interestingly enough, not everyone who experiences trauma develops PTSD. Even when it comes to very severe trauma, there are some people who can live through hell and 6 months later seem to be unaffected.

Why is it that some people develop PTSD and others don’t?

Psychologist Martin Seligman who was hired to train the entire U.S. Military in what he has called “Positive Psychology” might have a clue. He believes that PTSD is not the only possible response to severe trauma (thus the government’s interest in his work).

It seems that, when certain personality characteristics are present – characteristics that can be learned – traumatic experience leads to something called "Post Traumatic Growth" (PTG) instead of PTSD. PTG is the positive side of trauma, if you will. The old adage “What doesn’t kill you only makes you stronger” seems to have been lost on the field of psychology...until now!

This is a very convenient development for my own work with integration: PTG represents in psychology the hope that Jesus gives to all those who are suffering.

We are made on a natural level to avoid pain and suffering. This is a good instinct that contributes to our survival as individuals and as a species. We can look at PTSD as the body’s way of avoiding suffering.

Through the Resurrection, however, we see the supernatural side of suffering.

Have you ever found it peculiar that when Jesus reappeared after his Resurrection, his wounds were still visible? And not only were they visible, but also they were glorified! Why would God want these wounds still on his body??

When someone recovers from a cold, it’s good. When someone heals a broken bone? Even better. If someone survived a fall from some incredible height, it’s amazing. But someone who suffered severe torture, was crucified and died...then rose again? Glorious and divine!

Christ’s wounds in his glorified body are the testament of the power of God to overcome suffering and death.

This is why God did not avoid the reality of his own suffering by erasing his wounds; he instead let them be a sign of his glory!

Now to bring this back around to Catholic psychology: Catholic psychology does not offer a solution to the “problem of evil.” It doesn’t offer a Band-Aid to cover humanity’s wounds; it isn't even the salve to make them go away. What Catholic integration offers is a God who suffered first, who died first, and then on the third day rose again. This gives us reason to hope while we suffer our own traumas. Hope is possible for those who have suffered!  When freedom from the pain of trauma is experienced, even the memories can serve to be a testimony of the glory of that healing.

After 8 years of working to integrate psychology with the Faith, we’ve finally discovered how to provide accompaniment that's actually Catholic!

>> Learn more about how it can help you!