Healing Through Catholic Mindfulness, Part One 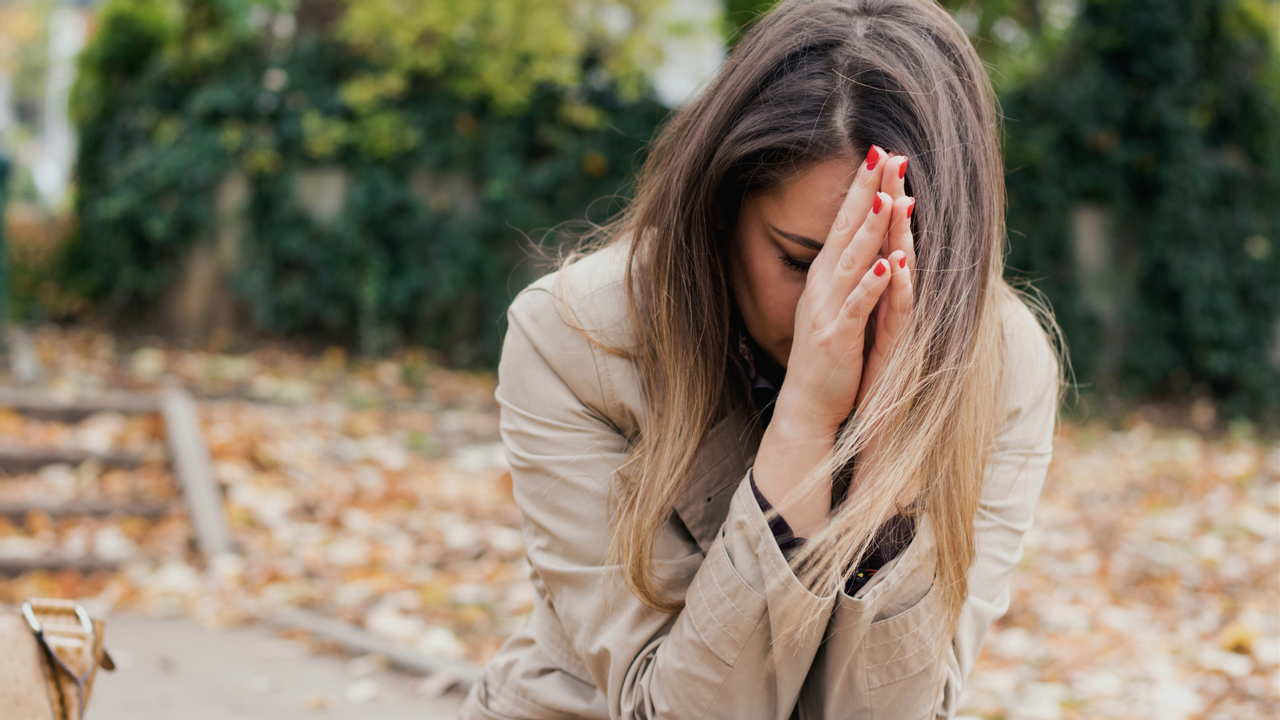 Guest blogger Lindsey Peppers shares her journey to finding hope and healing through Catholic Mindfulness. (This is part 1 of a 2-part series.)

It was an otherwise unremarkable weekday in the fall of 2016 when I sat across from my neurologist, completely dumbfounded at the sample boxes of triptans (migraine medication) that were stacked in front of me. He had told me that while it “wasn’t smart” to take more triptans than my insurance covered due to the risk of rebound headaches, I should take these extra samples anyways.

I slid the boxes across the desk back to him and plainly replied, “If it isn’t smart to take this many triptans, then I won’t do it.” My migraines were bad enough as they were. I didn’t need to give my body any more reasons to potentially trigger even more headaches.

But the problem was, my migraines had gotten to the point where my regular monthly prescription of triptans wasn’t cutting it. I was a 24 year-old middle school teacher and managing increasingly recurring migraines seemed more impossible each day. In fact, that very day I took the day off work to see my neurologist, but I accidentally told my principal I needed the wrong day off.

I woke up that morning with the school secretary calling me and asking where I was. This was one of my greatest fears-- that something like this could happen-- but I never really thought I was in danger of it actually happening due to my strong perfectionist tendencies. I’d normally triple or quadruple check that I had the date right, but my growing stress had clouded my planning and here I was, living my own nightmare scenario.

Now, at my appointment, my doctor is handing me medication to help me manage the pain while simultaneously telling me that taking it “wouldn’t be smart.”

He and I went back and forth for a while. He didn’t understand why I was confused. At one point, I was so frustrated that tears finally escaped my eyes. These migraines were unbearable. They were ruining my ability to work. I thought my doctor could help me but his conflicting advice only heightened my confusion and panic.

In response, my neurologist called his secretary into his office in order to “see if he was making sense.” Now I had an audience of two to watch me cry. At the end of the appointment, he told me I should see a psychologist. He explained he could probably help with the migraines, but couldn’t help me with these apparent emotional problems.

Never in my life had I felt so humiliated.

It was difficult for me to know where to begin writing about my journey with chronic pain. Should it be my first migraine attack? When I had to quit my beloved teaching job? When I had to move back in with my parents? When my chronic migraines turned into a permanent, dull headache that I still have, even years later? When I began to feel exhausted every day, along with experiencing new pain all over my body? When despair had clawed its way into my heart so deeply that I thought I was too damaged to ever know God’s goodness again?

It is a long, complex story and any of these low points could be effective places to start. However, I choose to begin with this doctor's office visit because it’s one of the rawest and most difficult memories to relive. I’ve learned since that it’s often the most painful wounds that Christ longs for us to bring to Him for healing.

I need Him to expel the lies that cause the wounds to reopen, time and time again: I felt pathetic so I am pathetic. I felt shame and so I should feel shame. I felt hopeless and panicked and therefore, there must be no hope and panic is an appropriate response to that reality.

I allowed these beliefs to be firmly planted in my psyche during this doctor visit, and they would continue to bear the rotten fruits of despair and mistrust of God for years.

The next three years were a blur of doctor visits, a myriad of medications, and increasingly exacerbating OCD and scrupulosity. I seemed to be sprinting down a spiral of permanent physical pain and unrelenting panic.

Things began to change in 2019 when I stumbled upon incredibly useful information about the mind-body connection and how people like myself get stuck in chronic pain patterns (a theory originally laid out by Dr. John Sarno). I couldn’t believe how deeply books on the topic resonated with me.

As it would turn out, there were many like me-- who experience debilitating chronic pain without any structural cause. This was often sparked by a trauma or an unusually stressful life event and this condition is very common in people with perfectionist and people-pleasing tendencies. One doctor also discussed interesting connections between OCD and chronic pain.

My plethora of physical ailments, some of which I’ve had my entire life (and with no clear cause) were outlined in detailed lists. The enigma of my chronic pain was summed up in tidy checklists of symptoms and personality attributes that lined up almost seamlessly with my own experiences. I learned about the stress chemicals released when we perceive danger that exacerbate pain.

Even more excitingly, following some of the suggestions actually helped lessen the pain for several months! The work I did included mostly learning how to think about my pain in a new way. I reminded myself that my body was actually healthy and there was nothing structurally wrong with me during a flare-up. I drew very clear connections between panic I experienced during stressful life events and the recurring migraines.

I learned how your body can actually create pain as a distraction to emotional stress-- and I was stunned to actually agree with the assessment that in many of my difficult life moments, I did find an excruciating migraine preferable to my increasingly common feelings of panic, trapped-ness and inadequacy. I participated in expressive writing to unleash my repressed negative emotions, and then tore up and threw away the pages in a symbolic gesture, so that I could move forward.

However, there was one major gap in these new teachings I was uncovering: I grew leary of the suggested meditations. Some of the authors/speakers I listened to also dabbled in eastern or New Age spiritualities that I knew were often in contradiction with my Catholic faith. I have made the mistake of falling into some of these practices earlier in my journey to find pain relief (they run rampant in the chronic pain community) and did not want to go down this path again...

Read the rest of her story HERE in Part Two!

Lindsey Peppers lives with her husband and adorable kitty in a suburb between Boulder and Denver, Colorado. While she used to deeply enjoy teaching middle school English at a local Catholic school, she unfortunately had to stop working in a traditional setting due to chronic migraine.

These last few years, she’s been slowly learning how to surrender unexpected adversities to God and be productive in unique ways. She enjoys writing along with designing and crocheting saint dolls.