My Time with Fr. Benedict 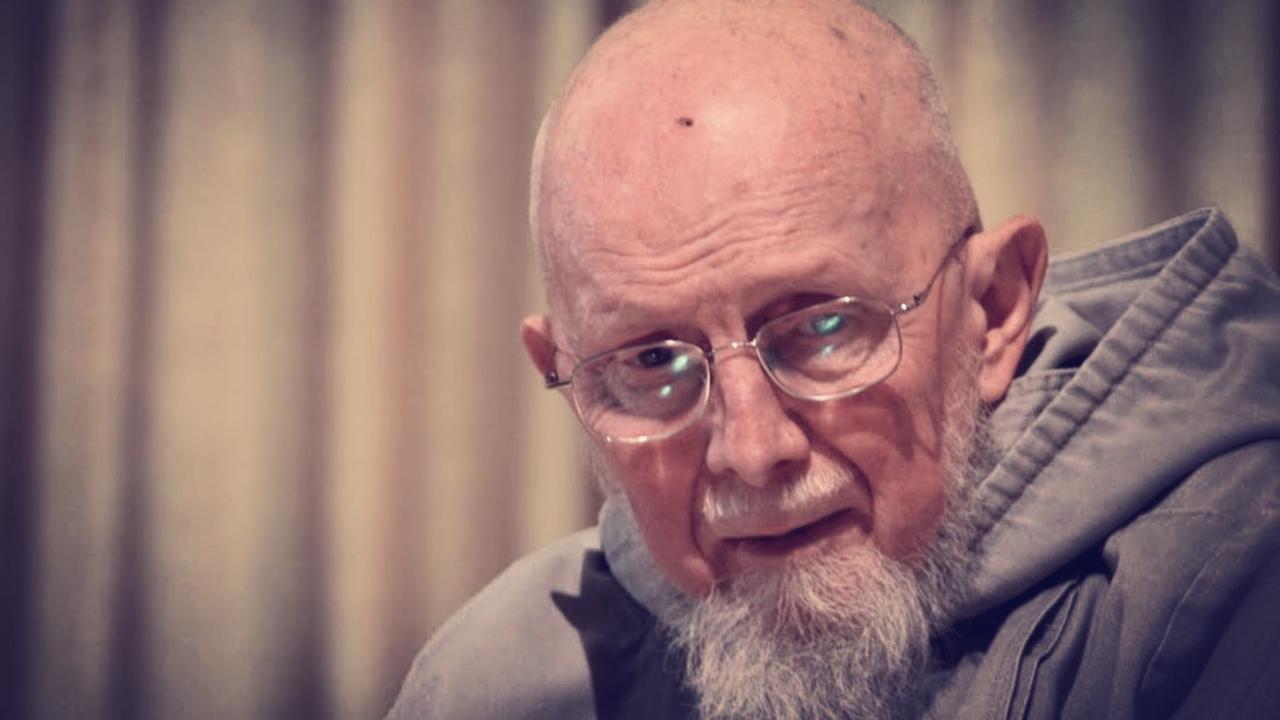 As a “postulant” in the community, I had the privilege of accompanying Fr. Benedict for a week as he taught a course on Psychology and Spirituality. My first task was to drive him from New York City to Arlington, VA. Postulancy is the first 6 months in the community, before a friar receives the habit, and before he feels like he knows his left hand from his right. It’s the religious equivalent of being a 13-year-old boy with braces, acne and bad hair. It is the time of “asking”; not being responsible for the care of a man like Fr. Benedict. To say I was nervous would be an understatement. When we first set out, I was driving a bit cautiously to say the least. At one point Fr. Benedict said to me, “You’re gonna cause an accident if you don’t pick it up. You don’t stop at yellow lights in Manhattan. Drive!” It was a bit snappy the way he said it, but I was too nervous to be hurt. I just tried to pick up the pace.

Later that evening we prayed evening prayer together. I don’t remember the verse, but Fr. Benedict offered a short reflection on the psalm to me. It was about looking at ourselves, and then not being ashamed of the weaknesses we find there. Then he said, “Like how I was short with you in the car this morning”. At the time he was 70 years old, a Catholic rock star, with a resume that would fill 30 pages. He was paying attention to the 4-second exchange that happened in the car that morning, and humbly admitted it to one of the postulants in the community he helped to found.

Fr. Benedict loved the hippopotamus. People brought him small hippo figures as gifts once they realized this. To Fr. Benedict the hippo symbolized the Church. He said, “It’s one of God’s ugliest creatures, but you gotta love it.”

CLEAN UP YOUR ACT

I once crossed paths with Fr. Benedict after I left the friars and was pursuing my doctorate. I was in my third year, consumed with papers, exams, and practicum. When he saw me my hair was too long, and my short beard was not trimmed. He pulled me aside, making sure we were not within earshot of anyone else, and gently admonished me saying, “You need to clean yourself up. You might still be a student, but what are you trying to represent here? You’re a professional now, and people are supposed to trust you. Don’t think because you used to wear one thing everyday and grow out a scraggly beard you should do the same now”.

KEEP UP THE GOOD WORK

3 months ago I visited Fr. Benedict for a quotation to use for marketing materials for www.wellcatholic.com (A healthcare directory I created). He was so genuinely impressed with what I’ve accomplished that it moved me to tears. He said to me, “Your generation, the JPII generation, is making it normal to be what we used to call ‘lay apostles’ when I was a kid. That’s what you are, a lay apostle. Keep up the good work”. I offer this reflection not because of what he said to me personally, but THAT he said it. One thing that is often said about Fr. Benedict is how much of a FATHER he is to anyone who knows him. This exchange exemplifies so much of that. Even though I was visiting him in a nursing home, and had to help him up to walk to the bathroom, his focus was still on being a father to me.

I think the most important aspect of Fr. Benedict’s life that needs to be learned from – and the one that could be the focus for a case for beatification if there was to be one – is that of Fr. Benedict’s absolute surrender to Divine Providence. There are so many ways that Fr. Benedict had to surrender his will to that of the Father. He was a Franciscan who loved his community, but was forced to leave it because of the ideals he wanted to pursue. He wanted to live humbly with the poor, which he did for a time, and then was forced to live at a retreat center in Larchmont, NY, in a grand residence on the water (A residential area he called the world’s largest cemetery with lights). After a car hit him in 2004, he was given more attention than he ever wanted. He was restricted from offering the simple service to the poor that he wanted to offer his whole life.

The final sacrifice for Fr. Benedict though, and submission of his will to the Father in abandonment and surrender was that of his intellect and cognitive capacities. Fr. Benedict had an extremely intelligent mind. He had multiple degrees, was a professor in multiple disciplines, and remembered almost everything he ever read. Yet in recent years, his cognitive capacities began to deteriorate. He used to say that God kept him alive after his accident because he still had purgatory to do on earth. At first he was referring to his physical limitations, but I don’t think he could have anticipated what kind of suffering he would endure at the mental limitations that were waiting for him for the last 5 years of his life.

First he would slip up during talks, misquoting someone or repeating himself. Every once in a while he lost his train of thought and would just pause in the middle of saying something. Then he couldn’t teach his courses anymore. The worst part of this suffering came from when the media devilishly took advantage of his dementia and quoted him regarding the priest scandals. The paradox of his condition was that he didn’t even remember what he said or why there was such uproar over something he said. His dementia never progressed though to completely protect him from the unspeakable pain knowing that people were saying he caused great harm to the suffering of victims that he tirelessly spent his life working to protect and heal.

Fr. Benedict chose his name, not after the founder of the Benedictines but St. Benedict Joseph Labre, an 18th century French saint who suffered from mental illness. As a psychologist, Fr. Benedict prayed often for his intercession and looked to his example of simplicity, humility, and abandonment to God’s will. It should not escape our notice then that Fr. Benedict suffered from dementia, a form of mental illness, in the last years of his life. When I visited him a few months ago Fr. Benedict was joyful, witty, and living in his circumstances with the class and abandonment of a saint. He accepted his lot in life, every phase and every aspect, with total trust in the goodness of God. He did it while loving everyone around him, including his enemies, with charity and gentleness and touching fatherhood.

I shed joyful tears this morning as I meditated on the beauty of Fr. Benedict’s life. I realized that he died only short moments after the community he helped to form was gathered together in the Bronx to celebrate the Transitus of St. Francis. This somber celebration was one of my favorite memories as a friar. The life of Francis was acted out by the novice brothers, and culminated with a hauntingly beautiful procession of the body of Francis around the church, with lights off and candles lit, as chanting resounded from the choir loft. Last night, moments after this passing of one of the greatest saints in the history of world into eternal life was remembered, one of his sons also passed in his own transitus. As the candles were blown out in the Bronx, the sun rose over the hills in Assisi and friars there prayed their morning prayer in honor of St. Francis. The fact that he was waiting to embrace his son with open arms today on his feast is one of the most beautiful things that could have ever happened to crown this man’s passion with the hope of the resurrection.

Do you have any Fr. Benedict stories? I’d love to hear them, share them in the comments below.