On Having a Baby 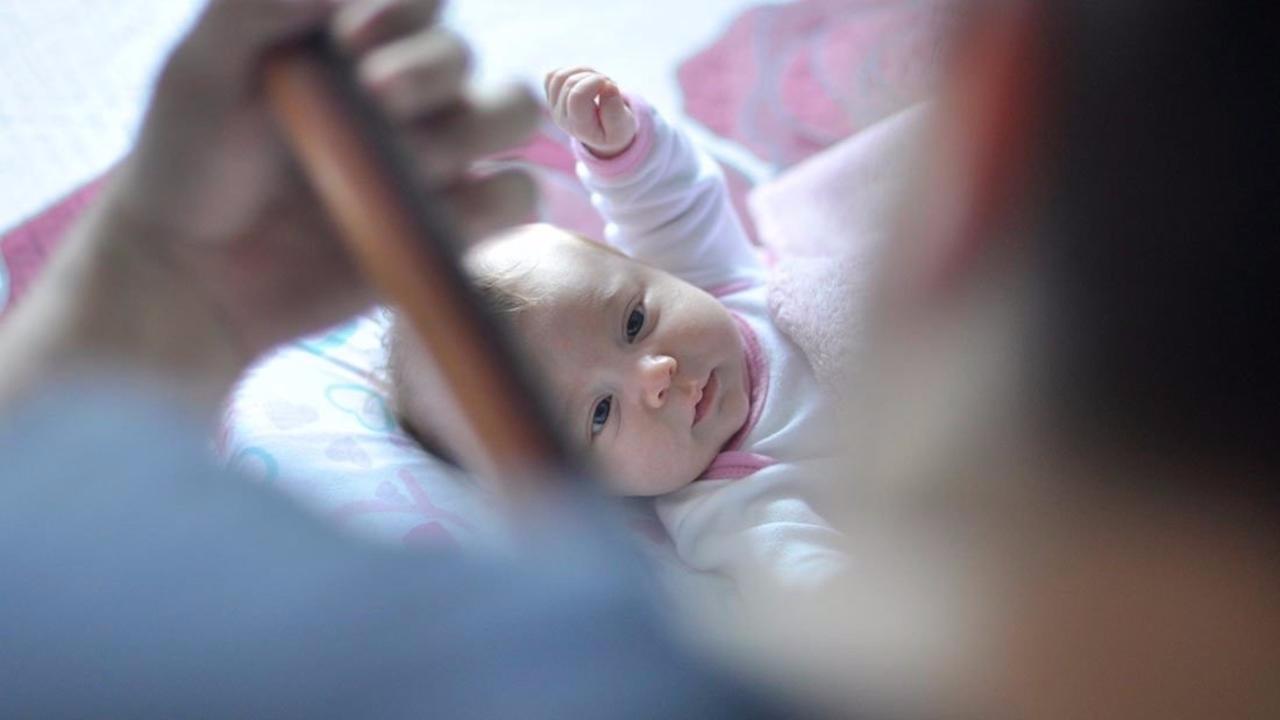 My wife gave birth to our first son, Elijah. This event has turned my life upside down.

What I thought I knew before was only a shadow of knowledge, and what I felt before was only a shadow of feeling. I have been hesitant to blog about this up until now because I was paralyzed by the fact that I could never capture the beauty and mystery and intoxication and sheer terror of bringing a new human life into the world. I have come to peace with my literary inadequacy though, and don’t expect to capture any of that with anything that can be put into words. With that being said, there are three basic thoughts that dawned on me over the last year:

First Thought: Having a baby means that you are participating in making something out of nothing.

Third Thought: Everyone knows it.

These three thoughts are the key to understanding just about everything that has happened over the last year. Let’s take it a step at a time.

Pregnancy: As soon as the pregnancy is announced, everyone wants to be a part of it. Everyone. Of course there are all the expected and normal reactions of family and friends. They all have suggestions for names and they ask the obligatory, “Do you want a boy? A girl? You don’t care, right?” Then the advice starts. I thought the tips given during the wedding toasts for a happy marriage were a little much, but at least they were funny and short. Making a life where there was no life before brings out the Ann Landers in everyone.

The next thing I noticed as my wife’s baby bump started to grow was the crazy way people spoke to her. I’ve never witnessed anything that brings out conversation from complete strangers like a baby bump. In New York City, someone gets on the train wearing a purple suit with green spiked hair, carrying a snake and playing a harmonica and no one blinks an eye. A man in black tights and a pink tutu walks down the street unnoticed.  An attractive adult woman sits down wearing full sized footed onesie pajamas and Uggs, and no one thinks anything of it. (That’s just what I saw today). A pregnant woman, though, can’t ride the train without being asked, “How many months?” “Is this your first?” “Boy or girl?” or any of a number of other questions.  Babies – even babies still in the womb – trigger something in people. They excite curiosity and wonder and they bring people together. I’ve seen elderly people and even physically disabled people forced to stand on the train without anyone moving, but someone offered my pregnant wife a seat on almost every train she took. On a few trains other people actually yelled at seated travelers for not getting up.

I find it so fascinating that with all the pro-life/pro-choice, “It’s a baby,” “It’s my body” dialectic out there, most people really do know pregnancy is something special. It’s as if people have to fight against their natural inclinations to maintain consistency with their “position.” Someone actually asked my wife, “How is the baby –uh, I mean fetus- doing?” Regardless of positions though, behavior speaks louder than words. It was really beautiful to witness human nature at it’s best in so many ways during my wife’s pregnancy. Of course, sometimes it got to be pretty tiring for her, and I can only imagine the heroic virtue necessary for my wife to graciously answer the same questions a million times over. She was a vessel of life; a powerful testimony to the greatness of being human. That role comes with great responsibility.

Birth: The birthing process can be a book in itself, and can’t really be commented on as one part of a blog post. I will say a couple of things, especially from the male perspective for other men. First of all, throw away all the books that have been written on the subject. Use them for kindling and build a great campfire. This pretty much goes for the whole subject of babies. Some people have greatly capitalized on how amazing and mysterious it is to bring life out where there was no life before. Since this experience instills necessary fear and trepidation, many have created books, websites, memberships, etc., to make money off of the poor and unsuspecting first-timers. Every child is different, every mother and father is different, and every birth experience will be different. You cannot compare, and you cannot prepare. With that being said, four things will help you get through birth; A trusted expert (doctor, midwife, whatever), the confidence that women have been successfully birthing babies for thousands of years, a bottle of scotch, and a pillow for your wife to scream into.  We had three bags of items that were cross-referenced from ten different “hospital birthing must-have” lists and never once opened them up, except for when I used one to carry my scotch.

Infancy: The entrance of our baby into the world ushered in a transformation unlike anything I could ever imagine or describe. Although this might seem like a nerdy comment (ok it’s really nerdy), the only thing I could compare it to is an X-men-like change at the DNA level as a result of radiation exposure. Dads live in the world differently.

Another trend I have noticed is how many people say to “Cherish these years!” and that “It all goes by too fast!” and to “Hold onto these moments and not miss a second.” I actually don’t want to hold onto these moments. Don’t get me wrong; my kid actually is the cutest 9 week-old to have ever existed. He’s sweet and precious and coos and cuddles. It takes a Herculean effort to leave for work in the morning. But I don’t want him to stay like that. I am constantly in awe of this little person that I helped create. It is even more awesome that he is made “wonderfully” by God, who “knows the plans” He has for him. My son was born with a vocation to holiness, and it is my job to usher him toward that goal. He is not born for me, but I for him.

I saw a quote by Mark Twain right before Elijah was born that said, “The two most important days in your life are the day you are born and the day you find out why.” This gave me great pause. I ponder this quote now almost daily. In my life the “second day” was the day my wife said she would marry me. But Elijah’s “first day” is the fruitfulness of that discovery. Now, I also receive the awe-inspiring gift and responsibility of raising him to best help him discover his vocation. May God grant me the grace.